Fungi That Cause Disease
Health Resources

Fungi That Cause Disease 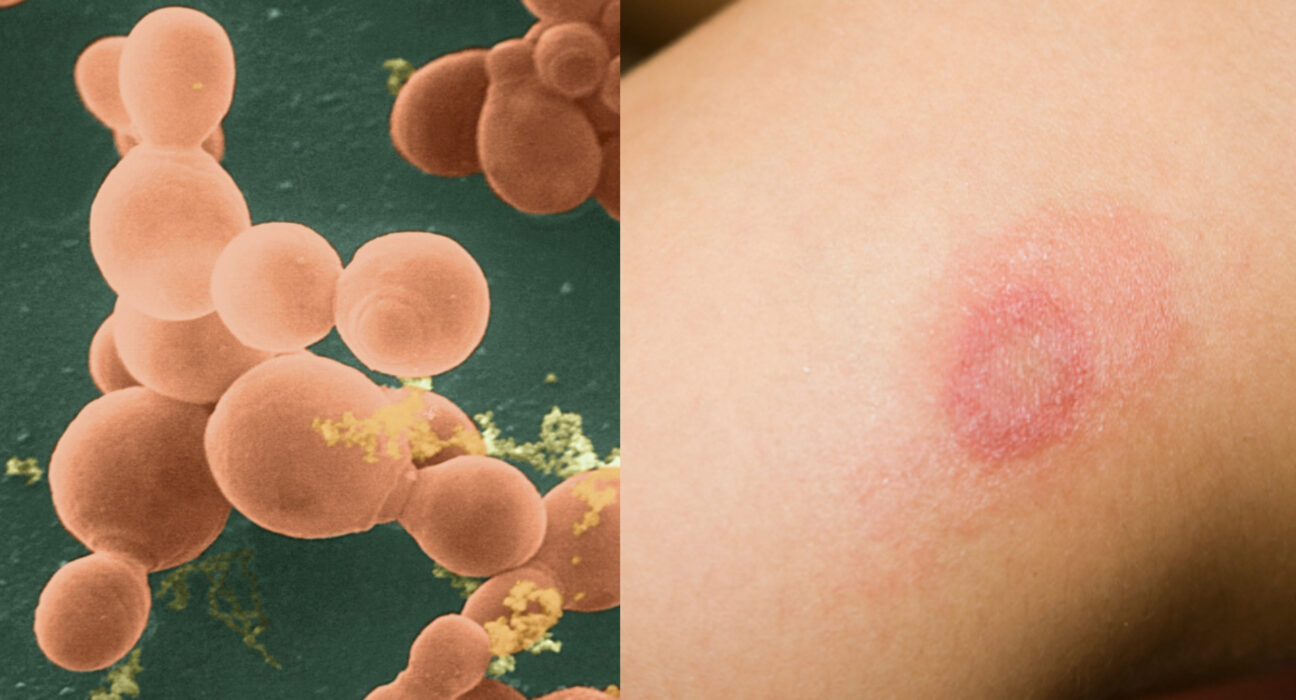 Fungi reproduce by releasing microscopic spores. These spores can live in the air or on the surface of plants or animals and can come into contact with human bodies. Fungal infections usually begin in the skin and lungs. People with weakened immune systems may become vulnerable to infection because of certain medical procedures, immunosuppressants, underlying health problems, and undernutrition. The following are some examples of fungi that can cause disease.

While spores of aspergillus are harmless in healthy individuals, when they are inhaled, the immune system destroys them. A weakened immune system, caused by illness or immunosuppressive drugs, allows aspergillus to take hold. Once in your body, aspergillosis can invade your lungs or other parts of the body. This condition is not contagious, but people with compromised immune systems are more likely to develop invasive aspergillosis.

Aspergillus can invade areas other than the lungs, including the sinuses. When this happens, you may experience a stuffy nose, drainage of blood from the nose, or a fever. The infection can spread to other parts of your body, including the brain, and can lead to facial pain, bone pain, and breathing difficulties. In some rare cases, it can affect the bloodstream.

Invasive aspergillosis symptoms vary according to the type of aspergillosis that is present. The most common symptoms include coughing up large amounts of sputum with brown plugs. The disease is usually not life-threatening, but it can be life-threatening if it is not treated quickly. Patients with compromised immune systems are at higher risk, and patients with other health issues should seek medical attention immediately.

Most cases of blastomycosis occur in people who live in or work around soil. People with compromised immune systems are particularly susceptible. People who have diabetes or other illnesses affecting their immune systems may also be at risk. Most cases of blastomycosis are caused by the organism Blastomyces dermatitidis. This disease can cause serious health complications and may even result in death.

People with blastomycosis typically experience persistent pneumonia. The symptoms include a chronic cough with a thick sputum, chest pain, and difficulty breathing. People with weakened immune systems are more susceptible to severe symptoms and the disease is also more easily spread. Lesions on the skin can be painful and may be covered with pus. In rare cases, nodular lesions can develop under the skin.

Among the radiographic features of blastomycosis, air-space consolidation and mass-like lesions are the most common. In up to 31% of cases, masses appear on chest imaging. Although they are uncommon, they can be mistaken for lung malignancy and require resection. One study reported that 65% of patients with masses had their lesions resected after being misdiagnosed.

People can get histoplasmosis from breathing in microscopic spores of fungi. Although most people do not get sick after inhaling the spores, some do and experience symptoms such as a cough, fever, and body aches and pains. Short-term infection is usually not serious and will go away on its own within a few weeks. Chronic histoplasmosis, however, can severely affect lung function.

People are most likely to get infected by histoplasmosis if they are in a damp area with organic materials. Infected individuals may be at risk of a localized infection of the lower airways and intestines, or they may be infected with a generalized infection. In severe cases, the disease may affect the skin, spleen, liver, bone marrow, and lymph nodes.

Histoplasma capsulatum fungi live in soil and are found in bird and bat droppings. This fungus can become airborne during cleanup and demolition projects, where they spread through the air. It can also be spread through soil contaminated with bird droppings. In the Midwestern United States, this infection is common in the Mississippi River valley and the Ohio River. However, it can also occur in the Midwest and other areas.

A variety of fungi are responsible for anthracnose, an infection caused by a fungus that attacks plants. The disease can manifest in a variety of ways, depending on the host plant and fungus involved. Symptoms of the disease can range from cosmetic spotting to blighting of leaves, tender shoots, and twigs. Anthracnose is often visible from late spring to early summer, but additional cycles can lead to extensive damage to the plant later in the growing season.

Fungi associated with anthracnose affect many types of plants, but most commonly attack pepper. While many types of fungus can cause this disease, two types of colletotrichum species are associated with the condition. While C. gloeosporiodes is the most common culprit in the Florida and other climates, several other species may also cause the disease in pepper. This fungus may infect several plant species, including pepper, but it is most likely to attack immature or mature fruit.

Aspergillosis is a fungal disease caused by fungi in the genus Aspergillus. It can affect the respiratory system, eyes, brain, heart, and muscle tissue. In people with weakened immune systems, it can lead to blood clots and kidney failure. It can even be fatal. There are three types of aspergillosis, ranging from a mild case to a severe one.

Intracranial aspergillosis, also known as sino-orbital aspergillosis, occurs in immunocompromised patients. While the infection usually affects the lungs, it may also affect the orbit, brain, and paranasal sinuses. Patients with underlying hematologic malignancy and organ transplants are at increased risk.

Aspergillus fumigatus is the most common species involved in human aspergillosis, and is responsible for most cases of the disease. However, there are some other species that may cause the disease. These include A. terreus, A. granululata, and Aspergillus spp., which can also be asymptomatic.

The human gastrointestinal tract contains a healthy population of opportunistic pathogenic yeasts called Candida albicans. These fungi are a common part of the intestinal flora and are commonly found in the digestive tract of 40 to 60 percent of healthy adults. Whether they are harmful to us or not, however, is up for debate. While they are usually harmless, some people suffer from health complications that are caused by this fungus.

The Candida species is responsible for the symptoms of a variety of health conditions. Because the species is so diverse, it is crucial to understand their genetics as much as possible. Comparing them with the species S. cerevisiae helps us understand important evolutionary processes. In addition, sequencing of other Candida species will give us a better understanding of the underlying causes of this common disease. But before we get into specifics, let's discuss what the difference between these two species is.

Aspergillus capsulatum, a type of aspergilloma, is a fungus that causes invasive aspergillosis. Inflammation in the lungs can result in fatal bleeding if the fungus does not resolve. Aspergillomas are tangled masses of aspergillus. The disease is usually incurable, and is often fatal. Aspergillus is almost impossible to avoid, although those with weakened immune systems are at higher risk.

Invasive aspergillosis is commonly associated with pleuritic chest pain and fever. The most common species found in IPA is Aspergillus fumigatus. Invasive aspergillosis usually presents with a pulmonary nodule that evokes localized inflammation and hemorrhage. If the neutropenia clears, cavitation occurs, and the fungus spreads throughout the body.

Acute invasive fungal sinusitis is a rapidly progressive disease characterized by a high mortality rate. The fungi responsible for the disease are usually Aspergillus capsulatum and Candida albicans. Aspergillus capsulatum is most common in immunocompromised individuals and in lungs with underlying malignancy. Symptoms may include fever, malaise, and abdominal pain.

The fungus Penicillium expansum is responsible for blue mold on fruits. It is a dangerous threat to the pome fruit industry worldwide, reducing the quality of fresh fruit and causing food loss. It produces a variety of mycotoxins and has proven difficult to control with current chemical agents. Hence, new approaches are required for its control. The following article will describe the biology, ecology and mechanism of disease in the various Penicillium species.

The disease caused by Penicillium – Marneffe's encephalopathy, also known as spongiform encephalopathy – is an infectious illness affecting both humans and animals. Infected individuals with HIV-1 are at a greater risk for Penicillium infections than healthy individuals. Penicillium marneffei has also caused a number of deaths in humans.