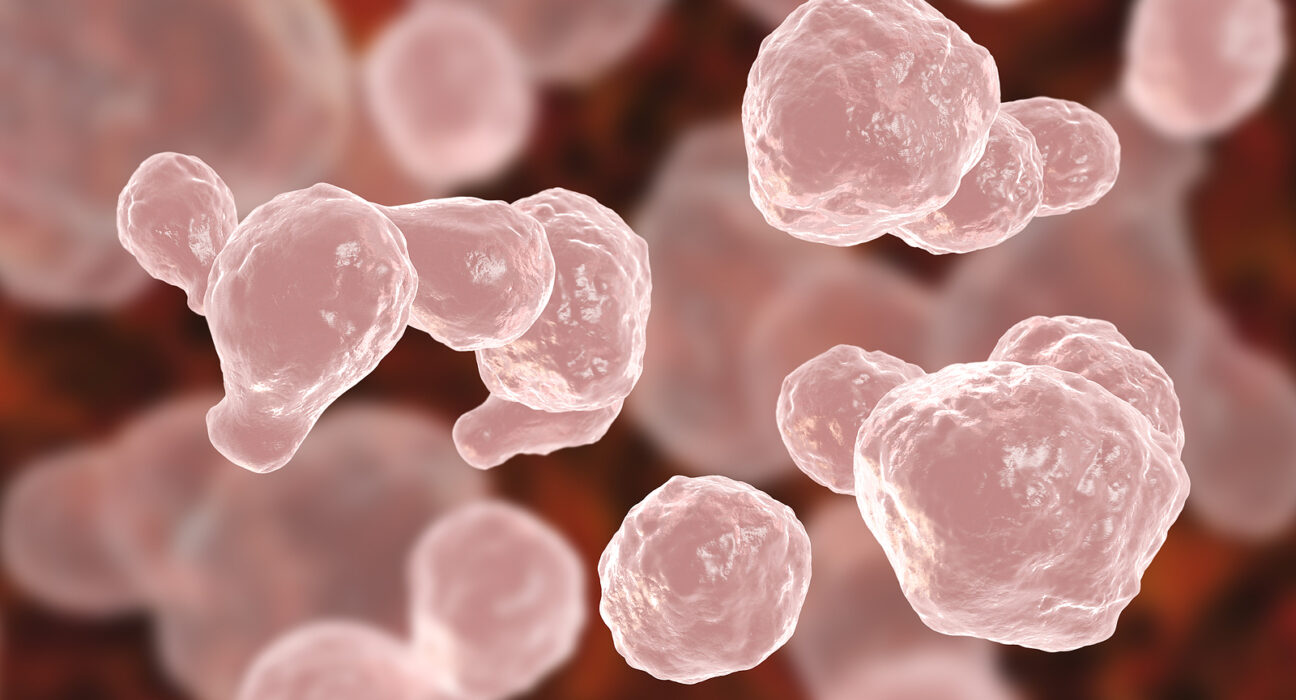 If you have been wondering about the C. Neoformans Infection, this article will help you understand what the infection is and how it spreads. You will learn about the symptoms and treatment options. Also, you will learn how to prevent the infection and how to get rid of it after you have contracted it. To get started, read this article! We'll discuss what C. Neoformans is, how it spreads, and what to do if you get it.

What is C. Neoformans Infection?

This fungus is found primarily in tropical regions and is most commonly spread in soil that is contaminated with the droppings of certain avian species. It can also live in soil that is moist, including the air around a pigeon fancier's home. It is more common in males than females, and infection rates are higher among HIV-positive patients. It can also infect other animals and is found in the excreta of zoo animals such as crows and pigeons.

The vast majority of isolates of C. Neoformans are of mating type alpha. These fungi have haploid nuclei but are capable of undergoing a process called diploidization. The resulting diploid cells are called blastospores. The nuclei of these cells undergo meiosis and recombination. The fungus is a facultative intracellular pathogen that is transmitted from person to person via contaminated transplanted organs.

There are two species of Cryptococcus fungi, C. Neoformans and C. Gattii, which are related to each other. While both species are commonly found in tropical and subtropical regions, outbreaks of C. Neoformans have been reported in the Pacific Northwest, British Columbia, and Southeast Asia. While most people without immune deficiencies do not get infected with C. Neoformans, the disease is most often fatal for those with compromised immune systems and HIV.

In vivo studies on C. Neoformans infection have been conducted using both vertebrate and invertebrate models. The vertebrate hosts used to study this disease include rats, non-human primates, and mice. However, the zebrafish provides an exciting middle ground between mammal and invertebrate models due to its genetic amenability and optical transparency. Additionally, these models can be used to examine the virulence of different strains of C. Neoformans.

The lungs are the portal of entry for C. Neoformans infections in humans. Pulmonary infection ranges from asymptomatic to severe pneumonia and can lead to acute respiratory distress syndrome. In patients with chronic pulmonary disease, pulmonary colonization with C. Neoformans is common, but radiographic and clinical evidence of disease is not available. Therefore, patients with chronic pulmonary disease may have colonization without any symptoms of the condition.

Unlike other fungi, Cryptococcus Neoformans has only moderate toxicity toward animal cells. The bacteria can remain viable in tissue culture for days. Phospholipases, which cleave phospholipids and release ammonia, are important virulence factors of Cryptococcus. The bacterium is capable of escaping the immune system and causing brain infection in humans.

Cryptococcosis is a common invasive fungal infection caused by the fungus Cryptococcus Neoformans. Infection with this fungus can occur in human beings through exposure to pigeon droppings and unwashed fruits and vegetables. It is more likely to affect immunocompromised individuals. Symptoms of Cryptococcosis include meningitis, pneumonia, and skin involvement. Treatment is usually with antibiotics.

The fungus lives in the acidic phagosome and has the ability to inhibit phagosome maturation. Initially, it was thought that C. Neoformans did not interfere with this maturation process, but more recent research suggests that ingestion of live C. Neoformans cells interferes with calcium fluxes, proteolytic activity, and microbicidal activity. In addition, it also promotes fungal intracellular replication.

Cryptococcal infections are caused by a fungus called Cryptococcus Neoformans. Cryptococcal species are associated with bird droppings and pigeon guano. It has been found in soil samples from all parts of the world. It is especially associated with eucalyptus trees and red river and forest red gum trees. This fungus has only been detected in humans once, in 1999.

When the fungus infects a macrophage, it changes its metabolism to shift to glycolytic metabolism and increase its rate of protein synthesis and autophagy. This adaptive response is called cellular quality control. This immune surveillance mechanism detects pathogen-induced interference with organelle and cellular functions, and in the case of C. Neoformans, it causes host cell lysis and depletion of phagocytes.

The first step in the progression of infection is to inhale the spores. After they enter the host's lungs, the C. Neoformans fungus requires adaptation to the host's physiological conditions. To accomplish this task requires an enzyme called calcineurin A, which phosphorylates a series of proteins. This enzyme also enables the fungus to survive in a 37-degree Celsius environment. Deletion of the gene reduces sensitivity to alkaline pH and elevated CO2. The calcineurin pathway is crucial in regulating several survival responses in humans.

Cryptococcus Neoformans is a yeast-like saprophytic fungus that can cause severe infections in individuals suffering from AIDS or other end-stage organ diseases. It typically survives in latency in the lung and can reactivate once its host is immune-compromised. Cryptococcus Neoformans has sophisticated intracellular survival capacities, and it lacks the virulence of most mammalian pathogens. These fungi are able to maintain a long-term latent infection in humans, and they have mechanisms that help them avoid starvation.

Molecular testing can help diagnose C. Neoformans infection, which is the most common cause of meningitis in sub-Saharan Africa. CSF samples can be cultured to identify cryptococcal isolates. Cultures are usually limited by the amount of cerebrospinal fluid present and the conditions in which the fungus grows. The antigen, however, can be detected in serum.

Most patients who develop this fungus have a pulmonary infection. Acute respiratory distress syndrome can occur as a result of the infection. For this reason, it is important to distinguish the pulmonary and central nervous system manifestations in patients with or without AIDS. In some cases, pulmonary colonization is asymptomatic. However, it is important to note that there is no definitive clinical or radiographic evidence of infection.

In the last two decades, treatments for cryptococcal infections have become significantly more effective. The infection was virtually always fatal before the advent of polyene antifungals such as amphotericin B. Flucytosine was then developed as an orally bioavailable agent that significantly improved clinical outcomes and reduced the time to cure the infection of 10 weeks to four or five. However, fluconazole is not entirely effective against Cryptococcus Neoformans and has also become resistant to a number of antifungals.

In immunocompromised and diabetic patients, infection with C. Neoformans should be considered. Patients with localized pulmonary involvement can be treated with fluconazole 400 mg once a day for six to 12 months. In addition, patients with AIDS should undergo maintenance therapy to support the immune system until CD4 counts rise. A combination of both of these treatments is essential in the treatment of this infectious condition.

The choice of treatment for C. Neoformans infection depends on the anatomic site involved and the host's immune status. Recent randomized-control trials are helping to clarify the evidence-based approach to the disease. Until now, the Infectious Disease Society of America (IDSA) recommends oral azole therapy for six to twelve months to treat cryptococcal meningitis.

The use of HAART (high-dose antiretroviral therapy) has led to a significant reduction in cases of cryptococcal meningoencephalitis in North America and the rest of the world. HIV-infected patients are also protected from cryptococcal infections due to antibodies to the fungus. Although most adults have antibodies against C. Neoformans, individuals with immunocompromised host cells are still at high risk of developing cryptococcal meningitis.

The most common forms of the cryptococcal disease are caused by the fungus Cryptococcus Neoformans. These infections can be characterized by different antigenic factors. The strains of Cryptococcus Neoformans are classified into eight serotypes and subspecies. These strains are characterized by different antigenic features, or “strains,” which can differ in their ability to infect humans.