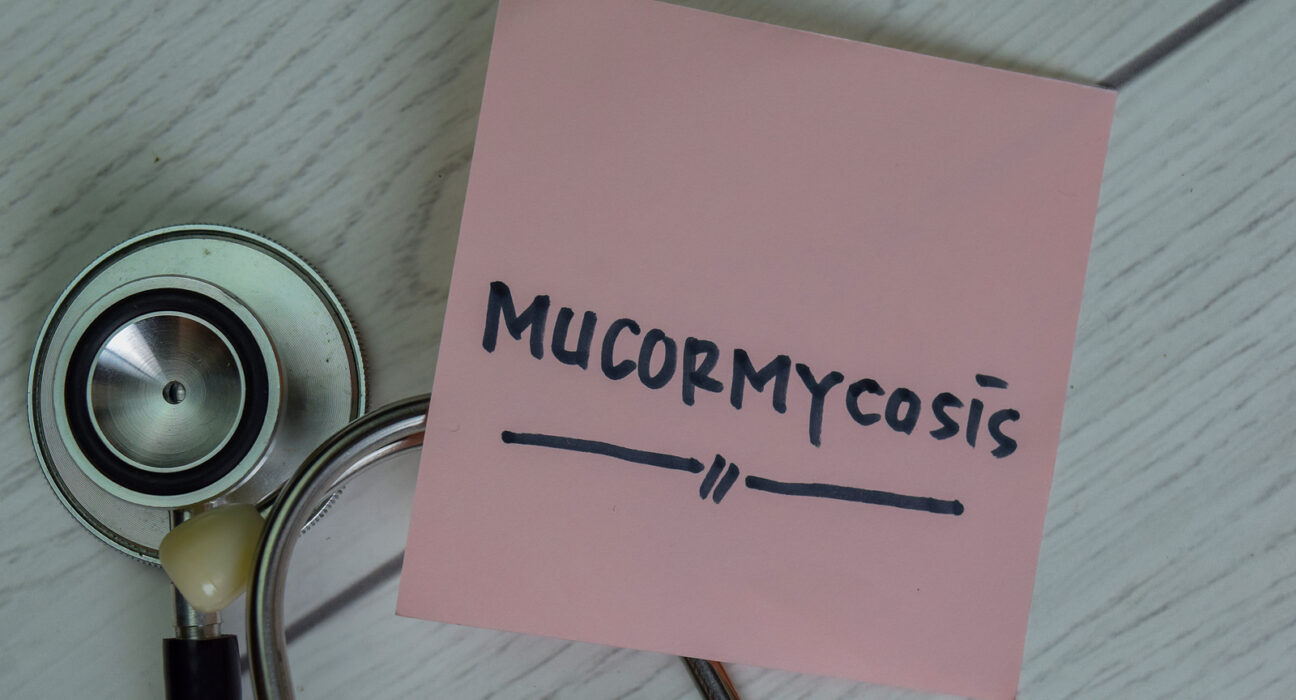 Mucormycosis is a type of fungal infection that usually affects people with weakened immunity. Mucor molds are commonly found in the air, soil, and decaying fruits, vegetables, and animal manure. Although most types of mucor molds cannot cause infections in humans, certain species are thermotolerant, causing an opportunistic infection. Listed below are some symptoms that may indicate a mucormycosis infection.

It is important to seek treatment as early as possible if you suspect you have the fungus. If you're not sure whether you have mucormycosis, your doctor can order a CT scan, tissue biopsy, and other tests to help diagnose the disease. Treatment for mucormycosis is usually a course of antifungal medicines, and if left untreated, it can lead to the loss of an eye or upper jaw.

In severe cases, mucormycosis may result in serious infections. It can also spread to other parts of the body. Treatment involves surgical debridement, in which dead tissue is removed. In rare cases, the fungi have spread to other parts of the body, such as the eye or orbit. If you have a large-scale infection, the eye or entire orbit may need to be removed.

A fungal infection that is caused by a type of mold called mucormycosis is rare. It is usually contracted through direct contact with fungal spores or through an open wound on the body. People who are immunosuppressed or have weakened immune systems are most vulnerable to this disease. Certain health conditions are also risk factors for developing mucormycosis. For example, people with diabetes or kidney transplants are more likely to contract it.

Some common symptoms of mucormycosis include severe headaches, impaired vision, and facial swelling. People may also experience cognitive impairment and confusion. Mucormycosis also affects the skin and can cause discoloration and numbness. A doctor may perform several diagnostic tests to rule out any other underlying conditions. A diagnosis of mucormycosis is based on your medical history, physical examination, and symptoms.

Although there are many symptoms of mucormycosis, the condition is not fatal unless left untreated. It is an invasive fungus that can spread through the respiratory tract, and it can also infect the face. In severe cases, doctors may have to remove an infected eye to prevent the infection from reaching the brain. The infection has a close association with diabetes and other conditions that weaken the immune system. Some experts speculate that the rise in cases may be the result of the overuse of immunosuppressants. The mortality rate is high but depends on the type of infection and the body part affected.

A doctor will likely perform imaging tests to determine the extent of the infection and tissue destruction. Blood and serological tests are not helpful in this case. A biopsy will likely show a fungus, but cannot diagnose the exact species of the disease. Antifungal medications are prescribed as soon as possible to treat the symptoms and prevent the fungus from spreading to other areas of the body. These medications work by killing the fungus and stopping its growth.

If you are a new patient with mucormycosis, you may be wondering about “How Mucormycosis Spreads.” This fungal infection usually spreads through the respiratory tract and erodes facial structures. In some cases, doctors have to remove the infected eye to prevent the infection from spreading to the brain. It is closely associated with diabetes and other diseases that suppress the immune system. Increasing the use of immunosuppressive drugs may be a cause. Mortality rates vary, and the treatment is highly individualized.

Although this fungal infection is not contagious, it can spread through the skin and bloodstream. The infection can also spread to the respiratory tract through trauma or contact with infected skin. In hospitals and clinics, mucormycosis has been linked to adhesive bandages, wooden tongue depressors, and leaky water pipes. Non-sterile medical devices and poor air filtration are also known to contribute to mucormycosis outbreaks.

It is thought that mucor mold can be found in soil, decaying fruits and vegetables, and can be ingested by humans. People with compromised immune systems and people with diabetes are particularly vulnerable. In some countries, mucormycosis is a pandemic, so it is important to take precautions to avoid infection. The first case was detected in Goa in September, and there were over 9,000 confirmed cases in the country by May 26.

When it comes to identifying and diagnosing Mucormycosis, you should know that there are several factors to consider. Mucormycosis is typically a fungus found in the skin, feet, and nails of infected individuals. A diagnosis of the infection should include the bacterial species and its characteristic odor. Mucormycosis Diagnosis is vital to ensuring the best possible treatment.

Different diagnostic tests are available to diagnose mucormycosis, including CT and MRI scans of the respiratory system and other body parts. A sample of the infected tissue is obtained from the patient and sent to the lab for further testing. Alternatively, a culture can be obtained and confirmed, or it can be diagnosed through microscopic examination of the infected area. Finally, imaging tests may also be performed to determine the specific species of Mucormycosis.

Antifungal medications are used to treat Mucormycosis. Amphotericin B is the usual antifungal drug of choice, but other drugs like posaconazole and isavuconazole may also be used. Some people may also benefit from deferoxamine, a medicine that removes excess iron from the body. Medications can also be prescribed to treat the debilitating underlying disease.

In a recent study, a multicenter study of 230 patients in an ICU in India reported mucormycosis in 14%). Another study reported that mucormycosis was found in 12% of ICU patients in North India. Although it is difficult to determine incidence rates in populations, a computational-model-based method was used to estimate the prevalence of mucormycosis in India.

Diagnosis of mucormycosis is done by culture and histopathology. In mucormycosis, hyphae of the Mucorales fungi are easily visible when examined under a microscope. Mucorales hyphae are long, nonseptate ribbon-like growths with a diameter of six to twenty micrometers. A mucormycosis diagnosis requires accurate identification of the species.

The risks and prevention of mucormycosis vary from person to person. Those with low neutrophil levels are at an increased risk of developing the infection. Some people have low neutrophil levels because they are taking drugs that suppress the immune system, such as broad-spectrum antibiotics. It is also important to wear protective clothing when handling materials. This article will explain the factors to consider when determining your risk of developing mucormycosis and offer some tips to prevent the infection.

There are several risk factors for mucormycosis, including chronic kidney disease, HIV/AIDS, and immunosuppressive drugs. Other causes are skin trauma, HIV/AIDS, and malnutrition. However, some people develop the disease without having any known risk factors. Prevention of mucormycosis is important for everyone. The disease is curable with a variety of treatments, including antibiotics, dietary changes, and lifestyle modifications.

Among the most common areas for infection with mucormycosis are the sinuses and lungs. It can spread to the skin, eyes, and brain. In most cases, symptoms depend on the site of infection. During the infection, you'll experience symptoms of nasal congestion and a nasal discharge. On the skin, you may experience a blister-like lesion. Your infected area will turn black and may have pain and excessive redness and swelling.